All skincare other than Personal Consultations and periodic drops will be discontinued in the new year! Stock up now! To guarantee Xmas delivery, purchase a Rush Order! Sign up for updates here! 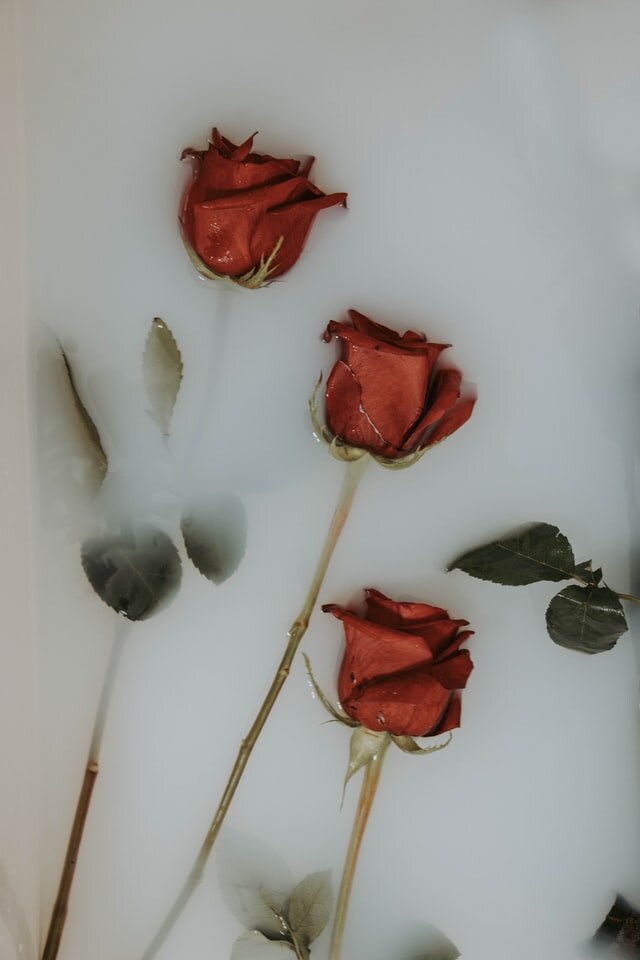 Ritual: Communion with the Goddess 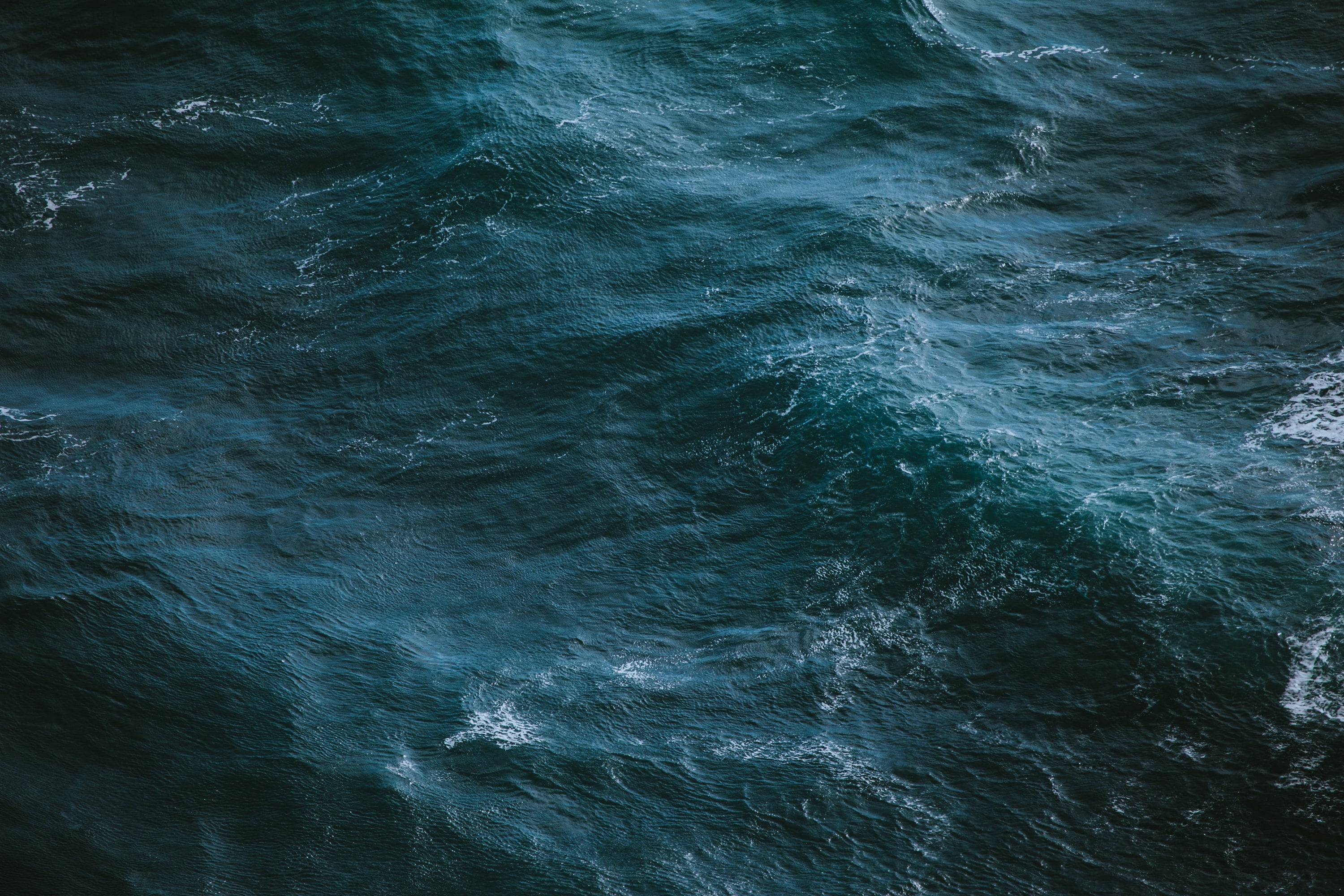 I have my own reasons for feeling a bit underwater when the sun goes into Pisces, but in general, Pisces can dissolve our boundaries with the outside world, turning our empathy up to 11 and weighing us down with a sadness or desperation that may not even be our own.

Like all opposing signs on the zodiacal wheel, Virgo presents us with an antidote to the Piscean dream when it starts veering into nightmare. Mutable Earth, Virgo grounds us in our bodies and our senses, bringing us back from the Imaginal world to one we can see and touch.

But if we have lost any tether to our denser lives, or if we resist the pull, preferring the Dreamworld to whatever pain or boredom consensus reality might contain right now, the Reality Check this Full Moon in Virgo (around midnight PT on Friday night, 2/26) provides might be a bit of a rude awakening. 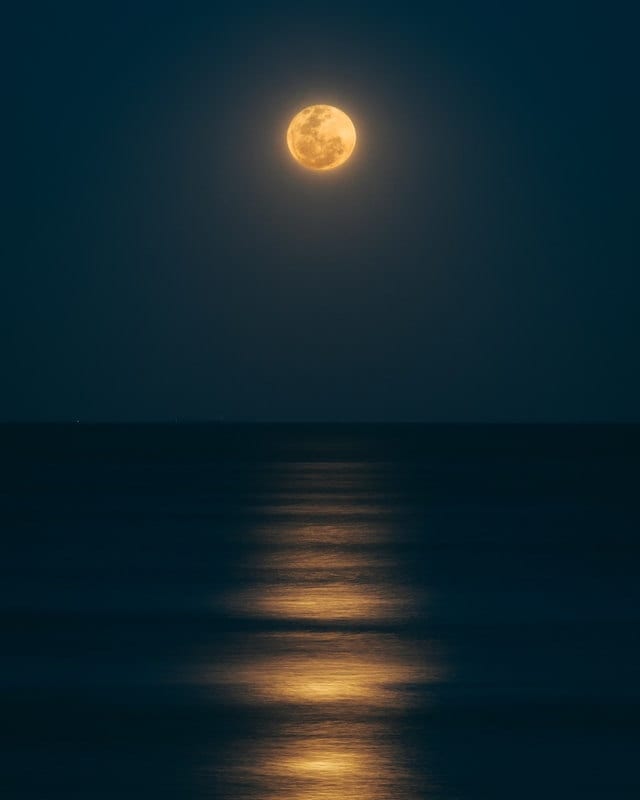 Virgo, ruled by Mercury, is not a particularly emotional sign, preferring instead the realms of rationality and “truth.” Thus, when the moon is in Virgo (as it was at my birth), there can be some chafing, some misalignment between the dreamy intuitive Knowledge of Luna (and Pisces) and the Mercurial desire for Facts and Answers. Applying rationality to our emotions often only results in confusion and frustration, as many Virgo placements can tell you.

But that critical eye, applied sparingly, can be invaluable when we’ve lost sight of the barrier between our fears and our realities. Discernment is the strength of Virgo, and can help us sift through our deep wells of Piscean Imagination for the Truths we can hold on to and the Myths we can finally release.

“But Virgo is also known for its ability to uphold the natural order of things, Virgo’s keen sensibility for streamlining and making sense out of a mess harkens back to the profound wisdom of the earth itself. Virgo wants to find efficiency because it is the most intelligent option. Virgo wants to find the home for all things lost. Virgo understands the innate order, the flawless mathematics and the subtle splendor of organisms at work. Nothing in nature is wasted. Nothing is without a purpose. “ ~Chani Nicholas

But how can we access the positive, affirming aspects of the sign while tempering the potential for hypercritical thought loops? Well, as Virgo is ruled by Mercury, you can make sure that your mind (and potentially body) is adequately engaged. In this particular case, the saying, ‘Idle hands [or thoughts] are the Devil’s workshop,” might actually apply, as the Virgoan influence can cause a bored brain to look inward and seek flaws to be fixed or addressed or, at worst, simply judged. So engaging your curiosity and novelty can keep its influence positive. Tackle that project you’ve been putting off! Listen to a riveting audiobook while you clean your house! Let yourself go down that Reddit rabbit hole about your favorite weird subject!

Another option, especially as Venus just went into exaltation in Pisces, is to engage another aspect of Virgo that is often overlooked: its relationship to the Divine “Feminine” and the Goddess. 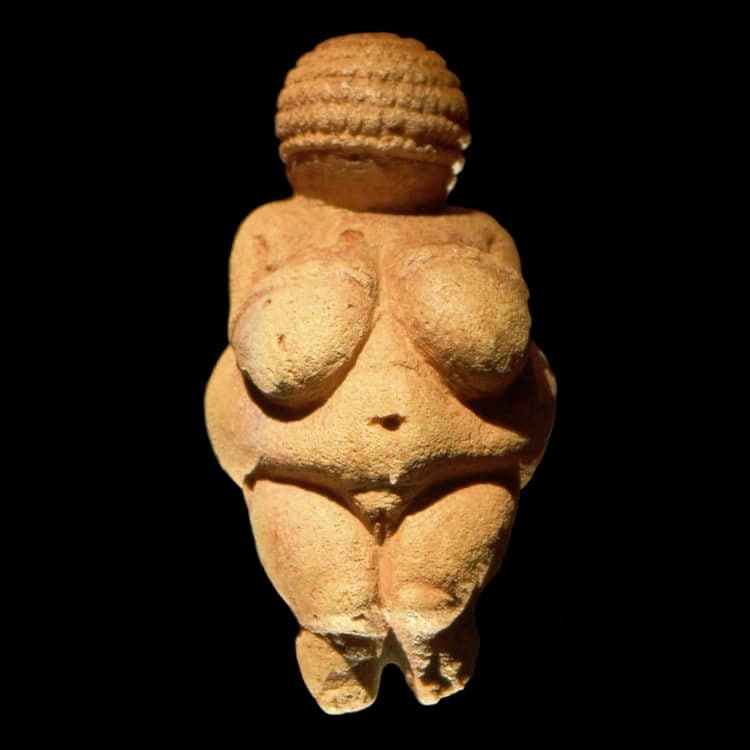 Now I want to be clear, when we use the terms Masculine and Feminine in this context, it has literally nothing to do with gender, and it’s a linguistic limitation I’m still working out how to address in the long term. Functionally, Masculine usually means projective force and Feminine often means receptive form. But, like all dualities in the realm, it is a paradox and a false dichotomy, very literally two aspects of the same thing. And because the process of human fertilization is a great metaphor for these energies, they’ve been problematically applied to the “respective” sexes and then genders *eyeroll*. But, perhaps due to that foundational flaw in human understanding of the divine, that receptive, subtle intuitive energy we describe as Feminine has been traditionally just as devalued and defiled and deeply underutilized as the actual and literal Feminine. I myself am only now forging a real relationship with that aspect of myself and the divine after a life of internalized misogyny leading me to over-value the kind of outwardly-focused magic attributed to the Masculine.

I go into more detail in the Ritual section of the full-length guide on my Patreon, but by setting aside our very terrestrial and limiting ideas around what words like Goddess and Feminine mean, we can access an energetic current of receptive, subtle, intuitive influence that can lead us to greater communion with our own unconscious, the collective, and with the very earth from which we were birthed.

And if we are trying to harness the unfettered access to the world of Dreams and Immateria that Pisces season grants us, doing so under the guidance of the Goddess can give us more sovereignty over how we exist within it and what we can bring back. We can better create and hold the boundaries that allow us to come and go on all planes with ease. We can strengthen that tether that keeps us grounded within ourselves as we explore everything this infinity could contain. 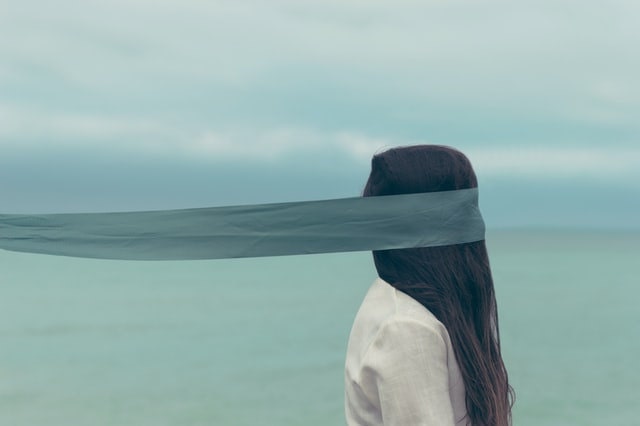 In any case, use this Full Moon in Virgo and its mutable earth influence as a respite, an island in the potentially choppy seas of Pisces season, to ground down and call in your energy so you can better embrace the chaotic subtleties the Fish provides.

With Venus exalted in Pisces and the moon Full in Virgo, what better time to introduce you to Theurgy and communing with the Goddess!

I’m going to attempt to make this an actual introduction and keep it simple. What a concept!

Due to the patriarchal history and linguistic limitations I mentioned in the Intro to this guide, most of us have a complicated relationship with what I will call the Goddess. Maybe you’ve heard of Goddess-worshipping, womb-centric cis-sexist white women preaching Her gospel and been turned off. Maybe, in an effort to reject your own assigned gender, you rejected the receptive within yourself as the proverbial baby thrown out with the bathwater of Womanhood. These are some of my own obstacles I’d built up on the path to communing with the Goddess.

But the Goddess is simply an umbrella word to describe a set of energies that shed light on the quieter, more reception, more subtly creative aspects of our own divinities. As Dion Fortune posits in The Mystical Qabalah, “The gods are creations of the created” (21.13). They are “emanations of the group-minds” (21.14) of humans, layers of meaning we have built up over millennia of trying to make sense of the world around us.

However, if you look at the pantheons we’ve created across the world and throughout time, we see iterations of the same Gods and Goddesses pop up over and over again, even in disparate communities, almost as if there is a universal aspect to these creations that we tap into. Fortune goes on to tell us that “every celestial being conceived by the mind of man has as its basis a natural force, but that upon the basis of this natural force is built up a symbolic image representative thereof, which is ensouled and rendered active by the force it represents” (22.10). So following that simple but profound hypothesis, there are currents of energy and force in the world that we have identified on a subconscious level as we interact with them. In order to describe them and further deepen our relationship with them, we began to apply symbols to represent them, often under the guidance of spiritual leaders who, through psychedelic aid or intense trance states, had a particularly strong communion with these forces. And so, because we were all interacting with the same forces, the deities created by disparate groups often easily align and synchretize, in ways that feel almost spooky. It’s easy to look at Mercury and Hermes as the same God under different names, as the Romans literally just took the Greek pantheon for their own. But when you look to Egyptian Thoth, Celtic Lugus, and Norse Wodin, the synchronicities begin to delight the subconscious.

Now, it’s not so much that each deity matches exactly with another deity in each pantheon, but more like a beautiful garden of celestial Venn diagrams. Lugus overlaps with Apollo as well as Mercury, for example, being both god of the Sun and a god of commerce (a word derived from Mercury). Mercury aligns with Thoth and his brother Anubis, who also shares meaning with Pluto. This is why Planetary Magick is so resonant for so many, because it is almost a kind of divine taxonomy, allowing deeper relationship and understanding of these natural forces upon which we build our own concepts of Divinity. And paired with Astrology, we can gain a more nuanced understanding of ourselves and our life’s purpose.

Now what is Theurgy? It is the practice of invoking and working with spirits and deities. It is one of the four sacred Hermetic sciences, Alchemy, Astrology, Theurgy, and Tarot, and is often the least accessible one, for those of us raised in a monotheistic or atheistic worlds. But it’s really just as simple as making an offering to Jupiter on a Thursday sometimes.

So, when I say working with the Goddess, I mean working with the natural forces that align with this quieter, subtler, and often more grounded aspects of ourselves. If you are feeling disconnected from your body and your desires, aesthetically challenged, or decidedly unsexy, looking to Goddesses for support might be in order.

Now, Virgo is ruled by Mercury, who is actually neither feminine nor masculine but very much the androgynous traveller, moving through worlds and identities as they please. But the symbol of the Virgin, as I discussed at the Virgo New Moon last year, is synonymous with the sovereign Goddess and her Priestesses. Goddess invocation is especially potent as this Full moon falls in the night between Friday, the day of Venus (the most accessible and familiar Goddess for most of us), and Saturday, the day of Saturn but also of Binah (home to many Dark Goddess and Creators, like Hecate, Babalon, Isis, and Nuit).

So hopefully you could follow this primer and it has given you some context in which to connect with this practice! If you’d like to go further into this, I’d be happy to recommend some more sources, but I will also be teaching a course on Planetary Magick in the coming year, with prioritized access for my Patrons, so stay tuned for that and let me know if that excites you so I can gauge interest!

So how to do you actually work with deities? Through correspondences! You can find my table of correspondences in the New Moon in Leo guide (behind the paywall unfortunately), wherein I list the deities associated with each planet, along with ideas and forces you might be looking to work with. And you can apply this template to really any deity you’re called to, but I will start with Venus. If you’d like guidance communing with a specific deity or finding one to address a certain issue, I offer personal ritual consultation and coaching so please don’t hesitate to contact me! Email sugarblackroseapothecary@gmail.com or DM me on IG for inquiries!

Alright, Lovelies, I’ll leave you with that!

If you'd like to check out the sample Venus offering ritual, a plant profile on Oats, a recipe for an Oat Bath, and a Releasing Should exclusive tarot spread, head over to the Patreon, now available at every tier!

Let yourself be grounded under this Mutable Earth sign, but be gentle with yourself and listen to what it is your body needs most. Especially if it’s Rest!

In Love and Magick, 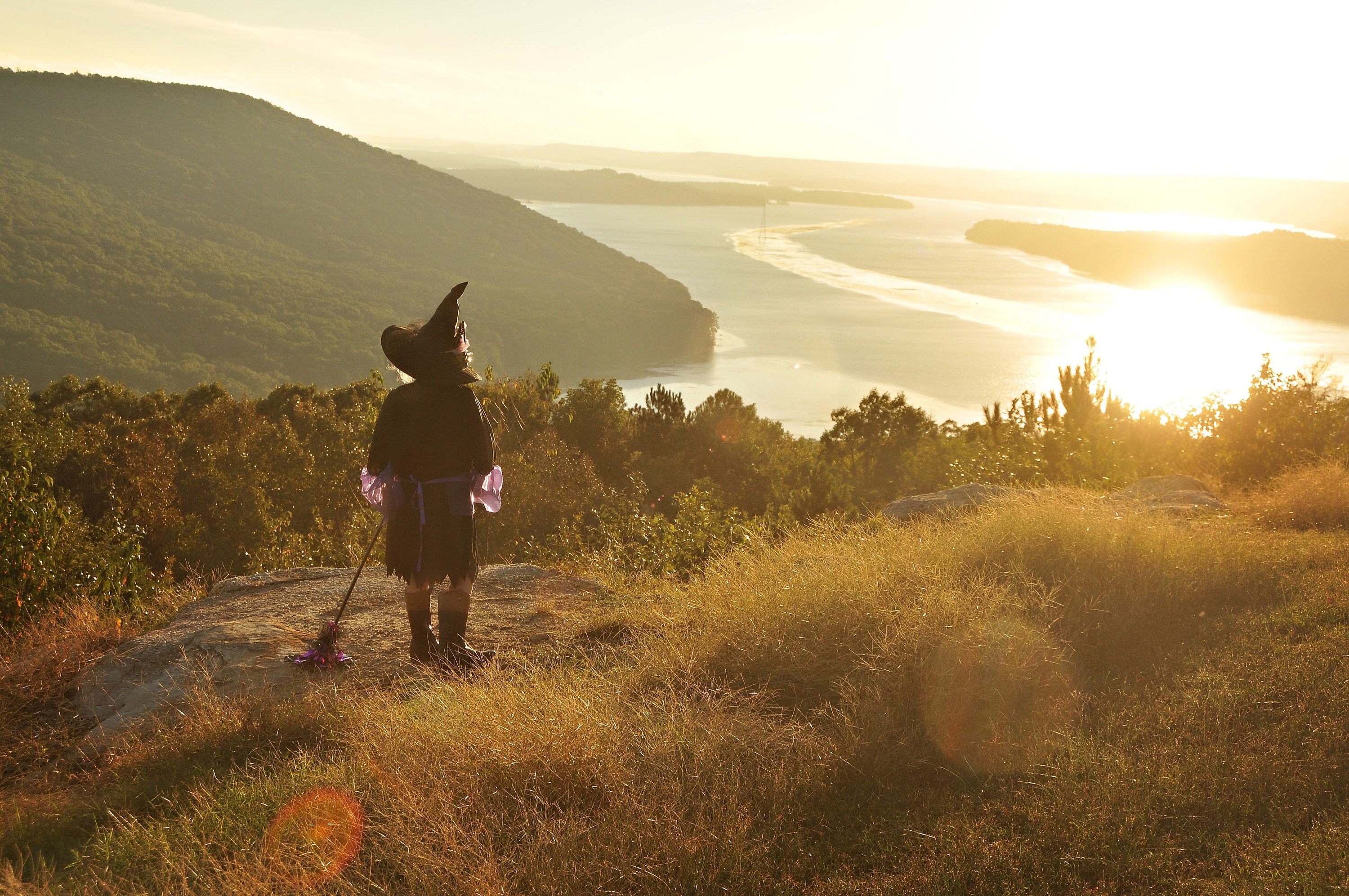